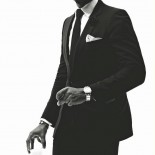 Does this mean that you can’t do sexual things or make sexual comments out in public? No, just make sure that they are somewhat private and be sneaky about. In fact, if you master the art of doing things in public, but in a sneaky manner so that other people don’t know what’s going on, most women are going to get extremely horny rather quickly. Why? Because of the thrill of possibly getting caught, so don’t be afraid to grab her ass or go up her skirt when no one is looking, and don’t be afraid to whisper sexual comments in her ear.